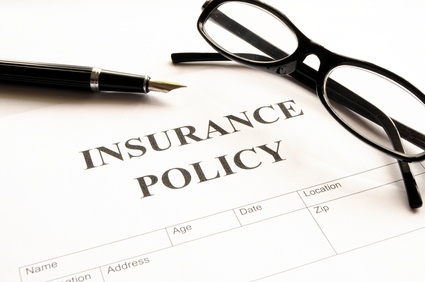 I came across an article a while back that I found remarkable. It was a summary of an interview with former FED Chairman, Alan Greenspan, written by Tyler Durden of Zerohedge.com. A link to the article is below.

There are several remarkable statements attributed to Mr. Greenspan that I want to focus on in this post.

“The insurance industry as we know it – or at least the actuarial mathematics that underpin it – got rolling when two Scottish ministers in the 18th century devised a fund that would take care of their widows, and the actuarial methods they used were pretty spot on and have not really changed that much since. Insurance,” Greenspan said, “is really nothing more than saving for a rainy day. And insurance, by its construction, is a major form of savings for this country.”

“The whole structure of the industry is the mechanism by which you’re converting consumption into savings,” Greenspan said, “and the only way the economy can grow is to save.”

“Insurance,” he noted, “is the most formidable mechanism we have to save as a society, and the economics of insurance have not been given proper weight by economists in how they look at the world.”

Isn’t it interesting that one of the most famous central bankers in all of banking history is talking about saving as the ONLY way the economy can grow? Aren’t central bankers constantly trying to get us to save less and consume more?

Isn’t it also interesting that he calls insurance “the most formidable mechanism” to save? Not banks, not the stock market, not real estate, just plain, old fashioned, insurance. Saving and Insurance – strange bedfellows for a central banker to be sure…

What Mr. Greenspan’s comments underscore is that he understands a few things that the vast majority of the general public do not:

Savings = Capital. When we consume less than we produce, that difference is called savings. Those savings become a pool of capital that we can put to work to increase what we produce, otherwise known as “growth.” Properly deployed capital (savings) is the only way a society, an economy, a country, a business and even your own family can grow economically.

Debt cannot replace capital. Debt gives us the ability to consume more than we produce while maintaining an illusion of short term growth. But eventually, the interest on that debt eats up everything we can produce. Saving – consuming less than what we produce – is the ONLY path to real growth and prosperity whether you are a country, a business or a family.

The banking system (including the stock market) is a system based on debt. When we deposit a dollar at a bank, the bank uses our dollar to create about 9 new dollars out of thin air and then loan those newly created dollars to borrowers. It’s called fractional reserve banking. It’s the real reason a gallon of gas cost 24 cents in 1957 and about $3 bucks in 2017. An increase in the currency supply is the cause of the disease called inflation. Rising prices are just the symptom of the disease. A debt based, inflationary system, is not a suitable place to hold or deploy capital (savings).

Insurance is a system based on actuarial science. When we pay a dollar in insurance premium, it is still just a dollar to the insurance company. Insurance companies cannot create dollars from thin air. They cannot inflate the currency. They are not inflationary. Instead, they use actuarial science to deploy their dollars to produce more for their policy owners or shareholders (and the company) in the future. It’s a text book definition of saving. This is what makes it a “formidable mechanism” for saving – it is science based and non-inflationary.

The fact is that many savvy families and businesses have known for nearly two centuries that a properly structured insurance contract can be an excellent repository for savings – and the accumulation of capital. If you are feeling like maybe Mr. Greenspan knows something about insurance that you missed somehow, maybe it’s time to look into it?

Follow Me
John Ensley
CEO at J Ensley Financial
John Ensley is a financial professional who is dedicated to empowering his clients to pursue their retirement and financial goals without taking unnecessary risks. Please reach out any time: john@jensley.com

Follow Me
Latest posts by John Ensley (see all)